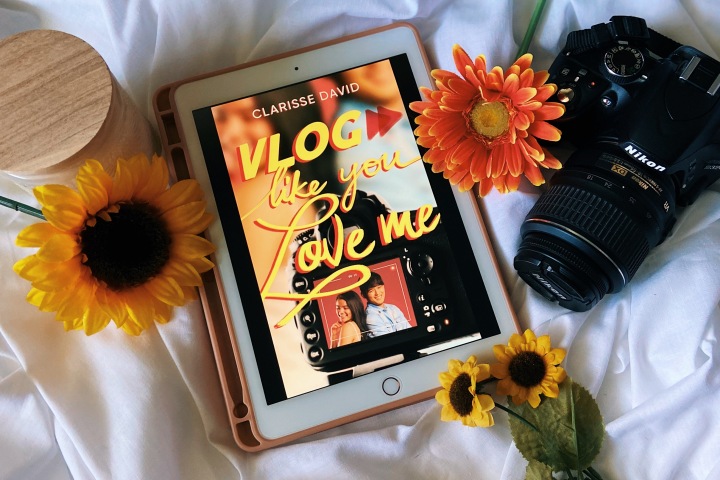 Clarisse David is B A C K!! Looking through my old book reviews I noticed that the last book I read from her was back in October 2017! To say that I was excited for this story would be an understatement. 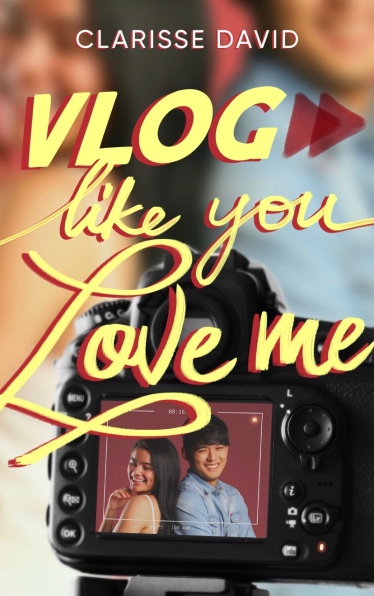 Got dumped? Get even.

Seventeen-year-old vlogger Bianca Dominguez has the perfect life. She lives in a picturesque house with a white picket fence, and her boyfriend Ray’s face is made for garnering likes. There’s no denying it.

Bianca is poised to be the next internet sensation.. until Ray dumps her in the most humiliating way imaginable. Suddenly, Bianca’s life isn’t so perfect anymore. The beginnings of her social media empire crumble before her very eyes. But she isn’t one to take humiliation lying down.

Enter one nerd who glowed up.

Michael Javellana still can’t believe Isabelle Samuel is his girlfriend. She’s kind, smart, and one of the most beautiful girls in school. He, on the other hand, was the guy who thought bringing his Elder Wand to school was a great idea.

This is fate, kismet, destiny, and all those other words that mean they’re meant to be. Michael is sure this is the start of something wonderful. Except it’s not. Things go very wrong, and Michael is left miserable and heartbroken. He’s desperate enough to listen when the icy Bianca approaches him with a ridiculous proposition.

Will a pretend relationship save them from humiliation? Possibly.

Will it make their exes regret everything? Hopefully.

Will they fall in love? Absolutely.. not?

“As he stared at Bianca, he realized the people who mattered would listen. At the end of the day, that was all you could ask for. She built this entire community who cared about what she said, and that was… That was incredible.”

As I grow older I find myself reading less young adult novels than I used to, but every so often there’s a coming-of-age story that captures my heart. Vlog Like You Love Me was a story that felt refreshing with a sweet romance reminiscent of easier days.

Bianca Dominguez is a vlogger with an impressive Instagram following. On the outside her life is seen as picture perfect. She’s a beautiful and relatable teen girl with a gorgeous home.. And a handsome boyfriend. Bianca has everything going for her until the day her boyfriend dumps her in the most humiliating way EVER.

I loved Bianca. She’s such a sincere and passionate character. Of course underneath the surface there is much more to her than what meets the eye. I think her confidence is the most endearing trait of hers and every reader will find a piece of themselves in her character.

After being dumped and the center of gossip at school it’s complete fate that Bianca’s path crosses with Michael Javellana’s.

Michael feels as if he’s living someone else’s life. He can’t comprehend how a nerd like him ended up with one of the most beautiful and kindest girls at school. Michael doesn’t take dating his girlfriend, Isabelle, for granted. Everything between them seems perfect until the day Isabelle dumps him via text.. Yikes.

Ugh y’all.. Michael is SUPER sweet. I instantly fell in love with his character. He balances Bianca in a great way. I was so excited when their stories began mixing together after Bianca convinces Michael that there’s only one way to get revenge on their exes.. And what better solution is there than to start fake dating one another?

“He’d tried to hold on to everything so tightly, his fist hurt. Bianca, it seemed, had done the exact opposite, holding everything as far away from her so she wouldn’t feel the sting when she lost them.”

Vlog Like You Love Me is sweet and the perfect weekend read when you need some fluff in your life. Readers are sure to fall in love with Bianca and Michael as they fake date and learn more about what makes them who they are. And most importantly why it’s so vital to love yourself before you give love to someone else. I highly recommend this book, friends.

2 thoughts on “VLOG LIKE YOU LOVE ME BY CLARISSE DAVID”

Follow K R I S M A U N A on WordPress.com